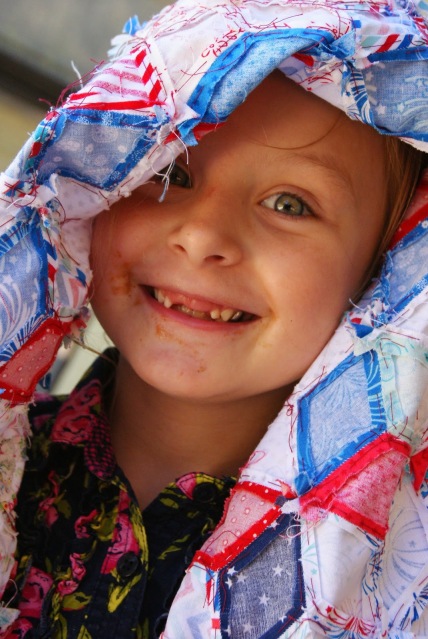 Junebug, this is how I want to remember you in your grammar school years–missing those two front teeth, face covered in chocolate, and over-the-top excited over this quilt that I am making for you.

You were talking to me two days ago about something and you mentioned this simple fact:  “I’m your youngest daughter.”  I wanted to cry because you ARE my youngest daughter and you’re in the first grade and losing your teeth and doing things on your own…this quilt makes me think about you and how fast you’re growing up while I’m stitching it together.  You’ve always been little, and the past few months have been a big ol’ exercise in realizing that you’re not so little anymore.

I started a quilt for you during your early months of life.  It’s still unfinished.  Due partly to the disappointment I’ve always felt over that unfinished blanket, I agreed to make you any sort of quilt you desired when I decided to undertake this lofty “handmade quilt for every bed” goal earlier this year.

Of course, you picked out a beast of a design, and it took a bit of self-restraint to not talk you out of the idea.  In my mind, since you never had a baby blanket from me, I’ve “owed” it to you (and myself) to make you something truly beautiful.  This quilt will be beautiful, and it lies near the edge of the spectrum of my quilt-making abilities.  I might sigh over the time-investment of this project sometimes, but at the bottom of it all, I’m really excited about this project and so glad you asked it of me.  I’d never have chosen to make something like this for myself, simply because my creative abilities are needed for such a wide variety of projects.  Thank you, thank you for this experience.

And I completed NINE star units, with the tenth ending the month as officially being “in-progress:” 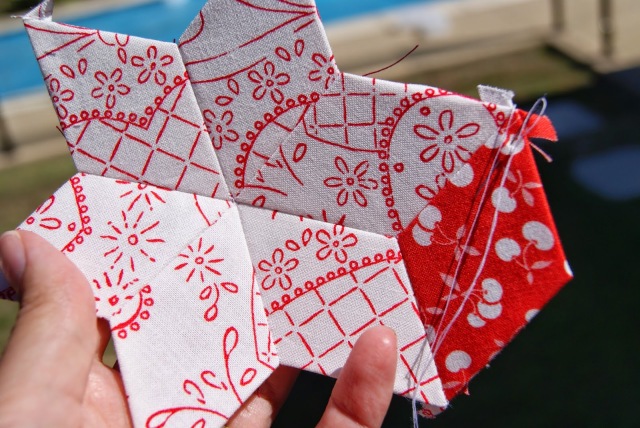 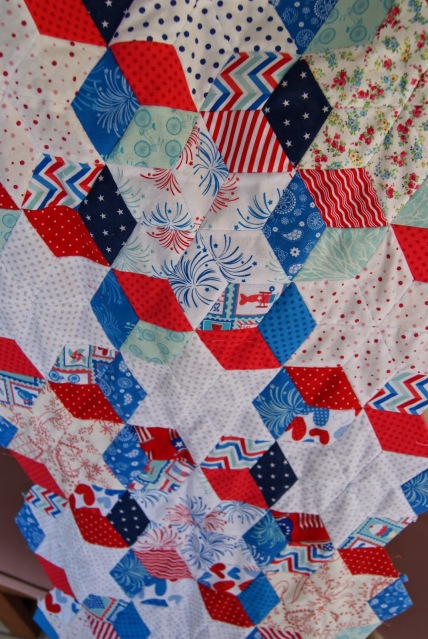 This thing could be HALFWAY pieced by the end of next month!  Wouldn’t that be awesome?!?!  If I keep to the insane schedule, all the star units could be pieced and attached by the end of February.  Then there’s some little “filler” units to straighten out the sides, and then it’s attaching a straight border, then quilting and binding the thing.  (And no, I don’t know what I’m going to do quilting-wise, yet.)

Hurray for nearly attaining last month’s goals!  I burned out a little on this in the last two weeks–I only started that tenth star unit on Friday, after nearly a week’s break.  Whatever, it’s for fun. 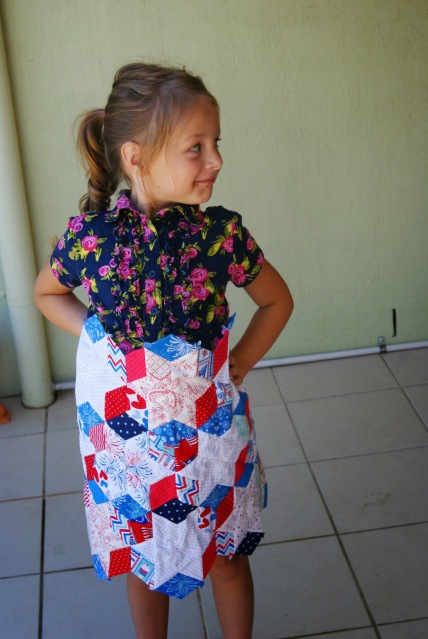 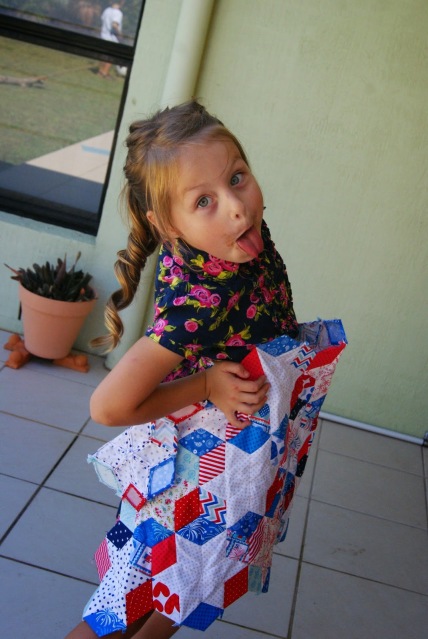 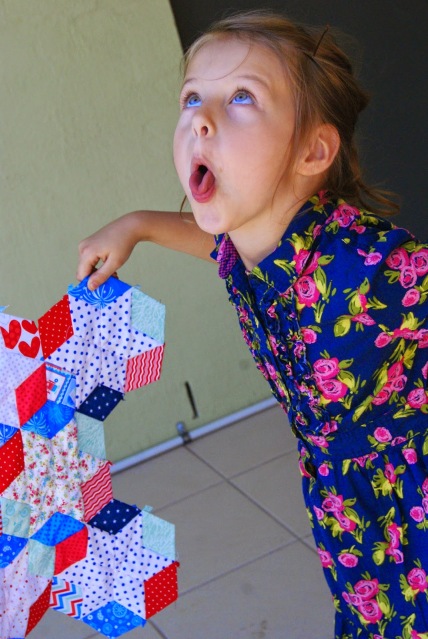 Here’s to more crazy pictures of my Junebug next month, holding HALF of  her quilt instead of one quarter!

Linking up with Monday Morning Star Count
@ Life Under Quilts

8 thoughts on “My Youngest Daughter”