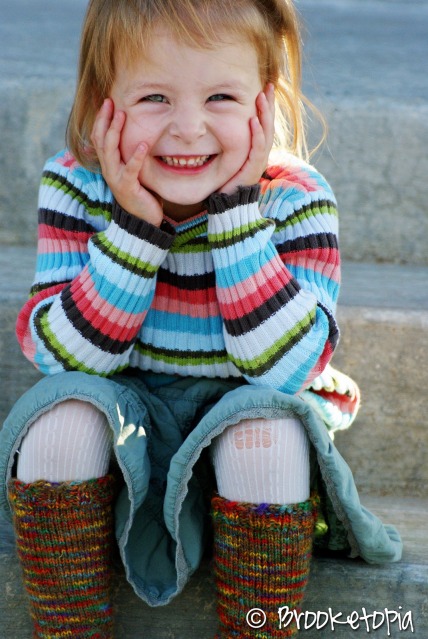 Modifications:  I used Jeny’s Surprisingly Stretchy Bind Off rather than Elizabeth Zimmerman’s Sewn Cast Off.  I also held the yarn double, as the pattern called for sport-weight yarn and this is fingering-weight. 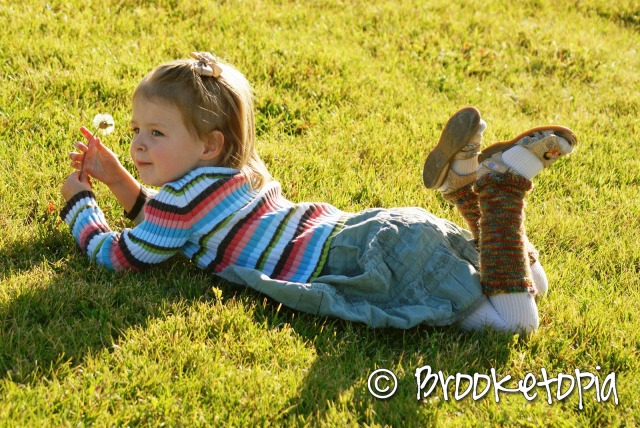 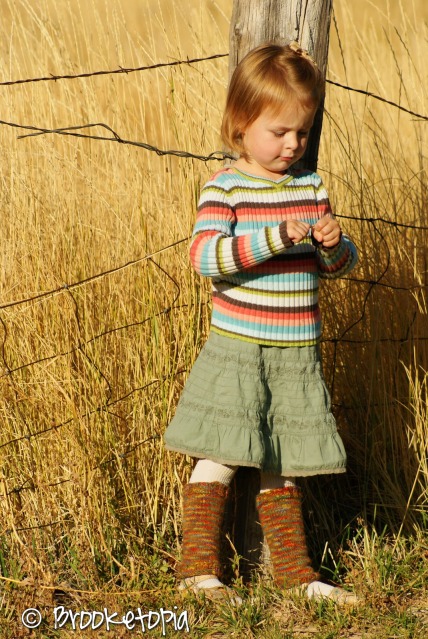 As soon as she learned that vital bit of information, she snatched the hanks right out of the box and clutched them close and declared that they were hers.  Being a complete softie, I didn’t put up much of a fight.  (I had actually ordered them because I thought the color would please her when she found out the name.)

We searched and searched for a pattern befitting the magically-colored yarn, and finally happened upon this cute (free!) pattern for little leg warmers.  Junebug gasped and her eyes lit up, and I knew we’d found this yarn’s calling.

It’s an easy pattern and I knocked these off the needles quickly.  I finished up the first legwarmer and presented it for her inspection, and she immediately put it on under the pants she was wearing that day and has not taken it off since.  She also took to coming up to me and reminding about just how cold her other leg was since it didn’t have a legwarmer to keep it toasty.  I finished the second legwarmer in record time and she has happily taken to showing the full pair to whomever will let her chatter to them about her clothes. 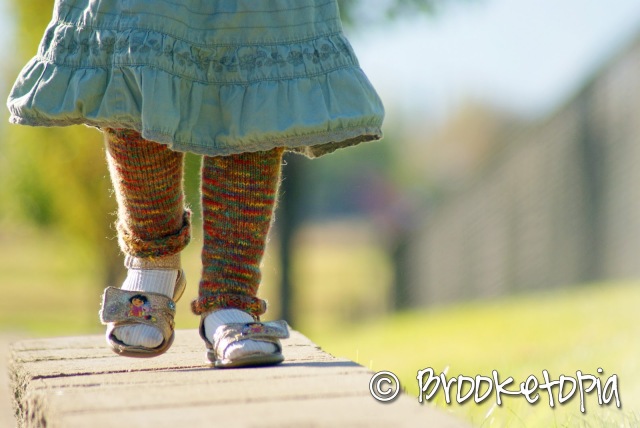 It’s an easy, quick pattern.  Should I make them again I would either just use some sport-weight yarn or bump up a needle size or two, as doubled fingering-weight yarn on size US 3 needles produces a very dense fabric that doesn’t really want to stretch.